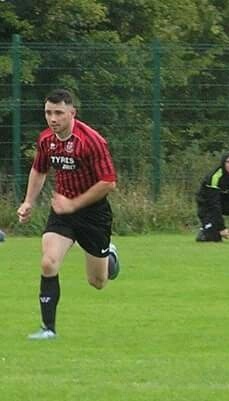 Published: about 6 years ago

It could have been 20 but eventually Bridge and Olympic shared 10 goals in this highly entertaining league game on Sunday morning.

Bridge who are playing their home games in LIT this season started brightly but fell behind on 6 minutes when Kieran Brennan in goal unfortunately slipped when about to gather a through ball which ended up in the net.

Bridge response was instant with Mike Mcnamara scoring after latching on to Brennan's punt up field. The home side led on 11 minutes when Eoghan Pewter headed home Quinlan's perfect cross from the left.

Olympic equalised on 35 minutes when Jack Arra made the most of confusion in the Bridge backline.

With the teams all square at half time Olympic were in front early in the second period. Ray Quigley was put through wide on goal and collided with the outrushing Brennan who was adjudged to have taking him down. Quigley himself made no mistake from the spot.

Bridge as expected were piling on the pressure at this stage but were to suffer a further setback when Burke volleyed home from 12 yards to give Olympic a 2 goal cushion.

Substitute Darren Murphy pulled one back on 65 minutes when he finished a Christy Griffen cross to the net. Olympics Jay Regan was sent off on 67 minutes which proved to be a turning point.

Pewter added his second header on 71 minutes from a Fahy cross and provider turned scorer 5 minutes later when Fahy scored from the edge of the box.

Pewter completed his hatrick and the teams comeback on 85 minutes when he followed in Fahy's free kick to tap home.